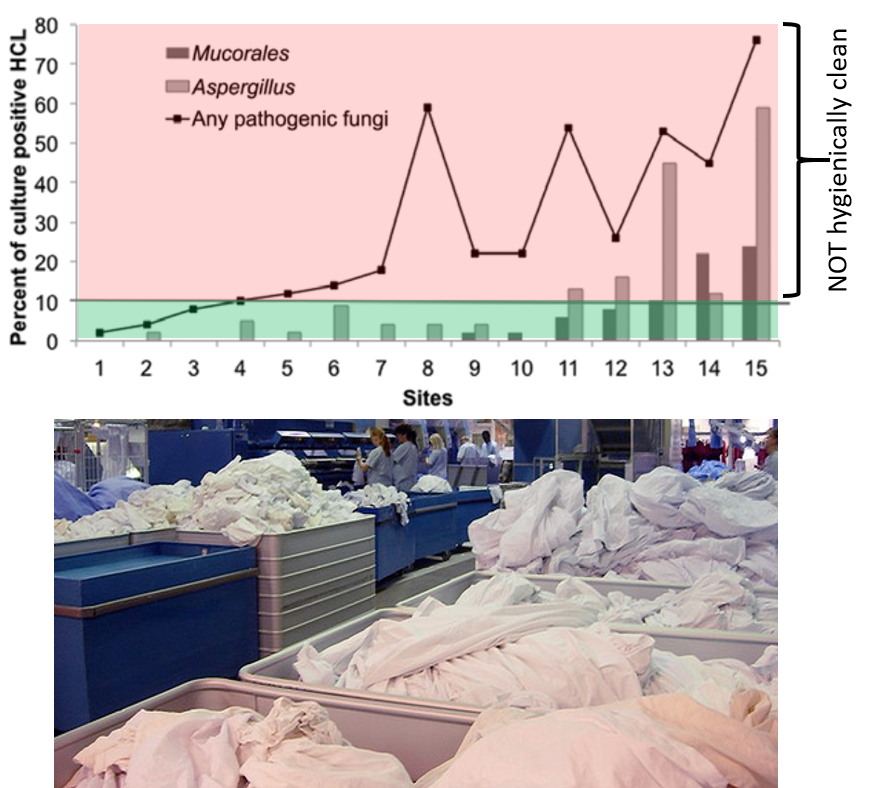 Contaminated hospital linen has been linked to several outbreaks of mucormycosis (caused by fungi including Mucor, Rhizopus, Lichtheimia), but its role in sporadic cases is less well defined. The CDC does not currently recommend routine microbiologic testing of healthcare linens as the data supporting the scale of the problem are scarce.

Dr Alexander J. Sundermann and colleagues across the U.S. carried out microbiological surveillance on linen at 15 transplant and cancer hospitals over a 6-month period. They cultured fungi from freshly-delivered linens using RODAC agar plates, and defined linen as ‘hygienically clean’ if >90% of samples were culture negative for pathogenic fungi.

There was a striking difference in rates of culture positivity between sites, ranging from <5% up to >75%. At the least hygienic site, Mucorales could be cultured from 27% of linens and Aspergillus from around 60%. Only 4 of the 15 sites were classified as hygienically clean.

The authors call for further research to clarify whether hospital linens should be added to hospital microbiological surveillance programmes, or as a independent verification of third-party certification of hospital laundries.

Read the full paper: Sundermann et al (2018) How Clean Is the Linen at My Hospital? Clin Infect Dis. ciy669